Notes from a Librarian: Historical Fiction 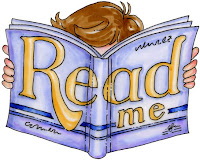 (Webmasters Note: Although it is not July, many of our older grades are busy studying Utah and American history, so I thought this article would be appropriate.)

July is a month when we remember the past and is the perfect time to pick up a historical novel. Fortunately there are some great historical novels for children. Even kids that usually only like to read fantasy may find they really enjoy these books because they have fully developed characters and well crafted plots in addition to well researched historical settings.

Fever 1793 by Laurie Halse Anderson (2000)
This book is about a girl in Philadelphia during one of our country’s worst epidemics, the yellow fever epidemic of 1793. In three months the fever killed about 10% of the population of the city. The sickness not only brought death, but also food shortages because the farmers are afraid to enter the city. The book is carefully researched and explores all the ramifications of that kind of situation. The author tells a good story with interesting and believable characters. For ages 10 +.

Charlotte’s Rose by A.E. Cannon (2002)
You may already know that Anne Cannon is LaVell Edward’s sister. She has written a number of books for young adults, but never really wanted to write a “Mormon” book. Her editor encouraged her and so she wrote Charlotte’s Rose. It is a story of a girl and her father who are converts and are crossing the plains to Zion. Along the way Charlotte agrees to take care of an infant whose mother has died and whose father is too grief stricken to care for the child. I like this pioneer story because it is not overly sweet, idealized or preachy. The book was written for the national market, but it portrays Mormons as real people instead of either religious fanatics or spiritual superheroes. Ages 10 +

Lord of the Nutcracker Men by Iain Lawrence (2001)
At the beginning of the book, Johnny is living in London with his family at the start of WWI. Like so many children from that time period, he is sent into the country so that he will be away from the fighting. Johnny’s father is a toy maker who enlists and is sent to the trenches in France. He spends the long hours of waiting carving little statues of the men he sees around him and sends them with his letters to his son. The boy sets up the little men and has them act out the different battles of the war. As Johnny plays with the little men, he begins to believe he can influence the real events going on in the battlefield. This book is populated with wonderful characters that are fully developed, and change and grow during the course of the book. One of the great moments of the book is when the father describes the miraculous Christmas Truce of 1914 and Johnny plays out the truce with the little men. Ages 10+

Wednesday Wars by Gary Schmidt (2007)
It is strange to think of a book about the 1960’s as a historical fiction but this fun and entertaining story actually deals with some of the major issues of that time period. The main character, Holling, is stuck alone in a class room with Mrs. Baker every Wednesday afternoon. At first he thinks that Mrs. Baker hates him, but during the year they find out a lot about each other through studying Shakespeare together. As a result they are able to support each other when Mr. Baker goes MIA in Vietnam and Holling’s sister gets caught up in the hippy movement. Many of my fellow librarians thought this one should have won the Newbery last year. Ages 8+


Donna Cardon is a children's librarian at Provo City Library and a well known children's book critic. We'd like to thank her for allowing us to republish her articles for our readers.
at Thursday, November 04, 2010

We have made every effort to ensure that all links leaving this site are appropriate. Foothills PTA cannot be held responsible for information found on other web sites.

It is our policy to not identify any child by name in any photo on this site unless we have express permission from the parent/guardian or are quoting an outside published news source.

This is not an official website of Foothills Elementary, Jordan School District or the Utah PTA.